Business Noir – Tales from the Shadow Side

If we don't know failure, how do we recognize success? If we don't see how we react to failure, our goals and aspirations will never come to pass. We must be ready to fall down seven times, and get up eight. Are you willing to fall down 29 times, like Elizabeth Blackwell?

1846 … Once upon a time, there was a woman who wanted to be a doctor. Twenty-nine different medical schools turned her down. She was told she needed to pretend to be a man to get the education she wanted. She declined.

A medical school finally accepted her by mistake. She graduated and became the first woman physician in the U.S. Among other accomplishments, she created the first medical college for women. – Her name was Elizabeth Blackwell.

1850 … Once upon a time, there was a freed slave. She spoke at the first National Women's Rights Convention. Freed by a friend the year before New York abolished slavery, she went to court and fought for custody of her young son, who had been sold into slavery in the south.

She traveled and spoke. She wrote a book and integrated the Washington D.C. trolley lines. She met with Abraham Lincoln.  – Her name was Sojourner Truth.

1962 … Once upon a time, there was an actress. She wasn't very well thought of by the entertainment industry. Her nickname was “The Queen of the B Movies”. She kept performing and, in the 1950s, became part of a hit T.V. show.

In 1962 she became the first woman to run a major television studio that produced cult classics such as Mission Impossible and Star Trek.  – Her name was Lucille Ball.

1968 … Once upon a time, there was a young figure skater. She was in the top 20 figure skaters in the U.S. The Olympics had been her dream since she began at age seven. She expected to make the U.S. Figure Skating Team and go to the Olympics. She lost.

By now, you've got the idea here. Women have been fighting for simple recognition as people for a long time. We are finally seen as people in the eyes of the law. We can own property, have our own checking accounts, hold down a job, all without the approval of our male spouse or father. All of this is a relatively new occurrence. We were considered too child-like before the 1950s.

What changed? World War II had a lot to do with it. While our husbands, fathers, and brothers were off fighting the war, women were at home building airplanes, ships, tanks, and weapons for our "men in the field." Once the men came home, women were "expected" to go back to work in the home. Women who had spent the last five years in the workforce were supposed to "give back" the jobs they "took."

That didn't happen. Time seemed to speed up, and by the 1970s, there were women astronauts. Now in 2021, there is a woman in the office of Vice President. This is all still pretty new. It could still go sideways. Human rights are always going to need a little push regardless of who they're for.

I'm sure you've heard the mantra "Fall down seven, get up eight." This is the definition of vigilance. We must continue to get up. Changing the way we look at the word failure will help. One of my mentors said many times, "Failure is just a word. It's how we respond to failure that matters. So failing is a great way to learn. You've heard it is part of the cycle of success. If we don't know failure, how do we recognize success? If we don't see how we react to failure, our goals and aspirations will never come to pass. Failure is an integral part of success. We must be ready to get up. 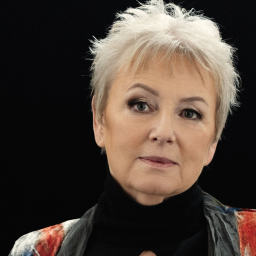